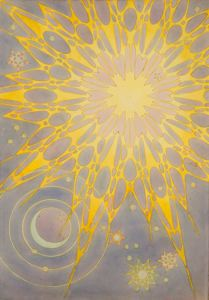 Your current search criteria is: Object is "Mathematical Abstraction No. 14 "The sun by day and the moon by night".