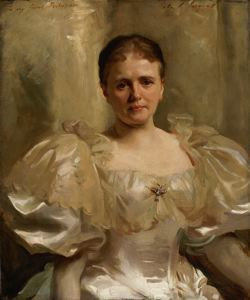 Provenance
The sitterâs husband, William Shakespeare; his sale, Christie's, London, June 24, 1927, as lot 81; bought at that sale by Mr. Moore, London; Frederic Newlin Price (dealer), New York, by 1928; purchased from him by the Gallery in 1957
Keywords Click a term to view the records with the same keyword
20th century
portraits
women
1900-2000
paintings
figure
Additional Images Click an image to view a larger version

Your current search criteria is: Exhibition is "Milestones in American Art" and [Object]Century is "19th Century" and [Objects_1]Sort_Artist contains "Sargent, John Singer".