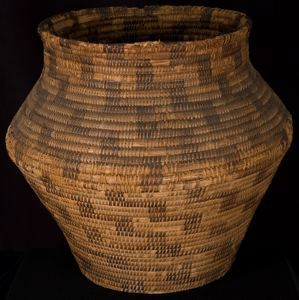 
Skokomish; made in Washington
Object Type: Basketry
Credit Line: Gift of Mrs. Henry A. Strong
Accession Number: 1922.26
Link to this object
Location: Not currently on view

Your current search criteria is: Portfolio is "Native American Art" and [Object]Object Type is "Basketry".