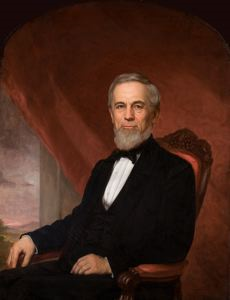 Exhibition List
This object was included in the following exhibitions:
Bibliography
This object has the following bibliographic references:
Portfolio List Click a portfolio name to view all the objects in that portfolio
This object is a member of the following portfolios:
19th Century American Art
From Rochester Collections
Men
Portraits
Web Links See links to web pages and lesson plans
The Power of a Name Describes Trustee & flour-milling magnate Gideon W. Burbank's gift of the first endowed professorship to the University of Rochester in 1855.