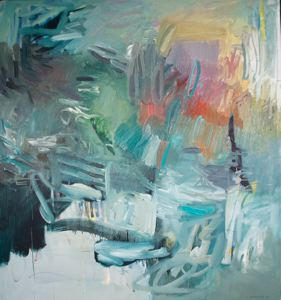 
Painter Mary Lou Dooley is the wife of MAGâs fifth director, Bret Waller, so it seems especially appropriate that one of her canvases was purchased to honor his service to the museum. In describing Silver Surge, she says: âIt is a gestural painting related to my interest in calligraphy and movement. It also relates to the influence of two former professors who studied with Hans Hofmann. My intent is to achieve what appears to be a spontaneous result even though the painting has been reworked a number of times.â

Your current search criteria is: Object is "Silver Surge".