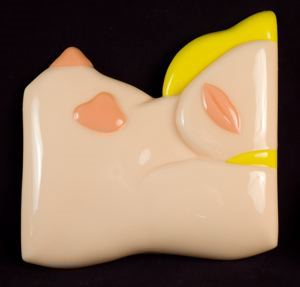 Provenance
Purchased by Charles Rand Penney, Olcott, NY; given to the Gallery in 1975
Keywords Click a term to view the records with the same keyword
Charles Rand Penney Collection
20th century
nudes
1900-2000
sculpture
Additional Images Click an image to view a larger version

Exhibition List
This object was included in the following exhibitions:
Bibliography
This object has the following bibliographic references:
Portfolio List Click a portfolio name to view all the objects in that portfolio
This object is a member of the following portfolios:
1900 - 2000
All Sculpture
Charles Rand Penney Collection
Dimensions in Pop
Figure Studies