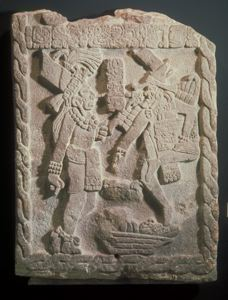 Provenance
Brought from Mexico by Jean Louis Sonnery (1920-1995), Paris, early 1940s; purchased from him by Everett Rassiga (1922-2003), New York (dealer), 1964; purchased from them by the Gallery in 1967
Keywords Click a term to view the records with the same keyword
Pre-Columbian art of Central & South America
Mayan
500-1000
reliefs
stelae
Additional Images Click an image to view a larger version

Your current search criteria is: Keyword is "GYEK".